Baldassarre Castiglione (Casatico, Mantua, 6 Dec. 1478 – Toledo 8 Feb. 1529) came from a long line of minor Lombard nobility. Through his mother, Aliosa Gonzaga, that line was also related to the ruling family of Mantua. In 1499 his father, Cristoforo, died forcing Baldassarre to abandon his studies in Latin and Greek in Milan under Minuziano and Chalcondylas respectively and return to Mantua to assume his duties as count and head of the family at the family estate at Corte Castiglioni, Casatico. In 1503-04, however, attrition of unknown origin and terms with the marquis, Francesco II Gonzaga, then forced him to leave the marquisate and seek greater fortune at Urbino where his mother’s cousin, Elisabetta Gonzaga, had managed to return as rightful duchess after the death of pope Alexander VI and the subsequent demise of his warrior son, Cesare Borgia.

One of the most brilliant Italian courts at the time, intellectuals, poets and humanists flocked to Urbino, from the Spanish Benedict Gareth, called il Cariteo, to Serafino Aquilano, il Calmeta and Pietro Bembo. It was here that Castiglione was noticed and numbered in that very fold for his innate virtues both with the sword and the pen, a veritable Renaissance gentleman in the making. It was, therefore, this very court, where he lived between 1504 and 1513, that he elected as the ideal setting of what was to become his masterpiece in vernacular Italian, Il Libro del cortegiano (The Book of the Courtier). Each of the four books comprising the work describes the lively conversation that supposedly took place between the courtiers present on one of the four consecutive evenings celebrated, each on a particular topic chosen by the duchess herself. The topics ranged from nobility, grace, and wit, to love and that most courtly and gentlemanly of virtues, sprezzatura – the art of excelling, whether it be in horse-riding, warring, classical poetry or using witicisms, all seemingly without any effort at all. Castiglione does not include himself in his masterpiece as one of the protagonists participating for two reasons: the first, to allude to and remind his contemporaries of his diplomatic mission to the English court of Henry VII Tudor to accept investiture on behalf of the failing Duke Guidobaldo into the prestigious Order of the Garter; the second, to remove any need for narrative accountability. Written long before Il Galateo by Della Casa, Castiglione’s conversational treatise on manners ushered in the genre and was immediately translated into several European languages, including English, Spanish, Polish, German, even Latin, thus becoming the text book par excellence for court life all around Europe and quite beyond.

In the same years while at Urbino, Castiglione started experimenting in various poetic forms in both learned languages, such as his many sonnets and the famous eclogue written in 1506 in Italian and acted out with his cousin Cesare Gonza, Tirsi. His most notable Latin works dated to the period are: the De Elisabella canente on the artistic prowess of Duchess Elisabetta, which won him both the tenzone or poetic dual against Evangelista Maddaleni de’ Capodiferro and entrance to the Accademia Romana; the In Cupidinem Praxitelis and Cleopatra, two delightful examples of ekphrasis on ‘talking marble statues’, the latter an elegant denouncement of changing papal politics within the Cortile del Belvedere within the Vatican; Alcon, a heart-wrenching elegy on the sudden death in 1505 of his sodalis and fellow Mantuan, Domizio Falcone, an acclaimed Latin poet in his own right. The elegy was exalted and variously imitated by poets and painters from Vida, Garcilaso de la Vega and Spenser to Guercino, Poussin, Shakespeare and Milton; his masterpiece in the Latin prose of diplomacy, the De vita et gestis Guidubaldi Urbini ducis (Life and Deeds of Guidobaldo, Duke of Urbino), who had died in 1508; the Prosopopoeia Ludovici Pici Mirandulani, a gruesome account, plausibly the source behind Act I, scene I of Shakepeare’s Hamlet; told by the ghost of Ludovico Pico della Mirandola to Castiglione himself of the proditorious threats made by Ludovico’s older brother (and Castiglione’s nemesis), Gianfrancesco; and, finally, two ‘marine’ elegies exploring the then-fashionable subgenre of the many ‘perils beneath the sea’.

In the following years Castiglione moves semi-permanently to Rome where he befriends Raphael Sanzio, who paints the portrait of him now at the Louvre and thanks to whom Castiglione is able to participate in the archeological discoveries of ancient Rome. The popes under whom he lived at Rome are: Julius II Della Rovere (†1513), Leo X de’ Medici (†1521) and Clement VII de’ Medici (†1534). The epigrammes of the period are: the De Paullo canente, his Ad amicam, the Epitaphium Gratiae puellae, the De amore and, rather significantly, the Balthassaris Castilionis elegia, qua fingit Hippolyten suam ad se ipsum scribentem (An elegy by Baldassarre Castiglione in which he imagines his wife Ippolita writing to him). Though married to the faithful Ippolita Torelli since 1516 and father to three children by her, these epigrammes depict Castiglione who is less the ideal husband than the carousing courtier, musician, poet, and politician. However, this lifestyle also brusquely comes to an end in 1520 when he loses both his illustrious artist friend, Raphael, and his wife, Ippolita, as the De morte Raphaelis pictoris and the Hippolytae Taurellae coniugis epitaphium poignantly and painfully describe. Despondent and despairing, Castiglione takes minor vows. In 1524 Clement VII appoints him pontifical nuntius to Emperor Charles V in Toledo, Spain, where he ends his days in disgrace in 1529 for having failed to forsee the Sack of Rome two years earlier and thus warn the pope in time to save the once-eternal city. 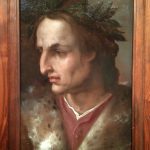 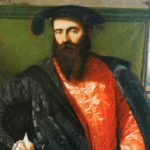 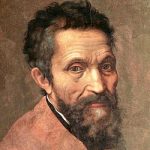 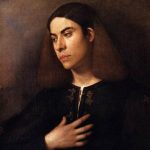